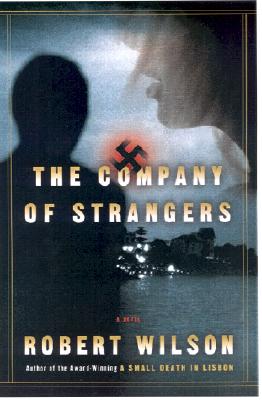 The Company of Strangers

The award-winning author of A Small Death in Lisbon brings an exciting richness to the long shadow of evil in this crackling novel of spycraft and international intrigue.

Lisbon, 1944:
Andrea Aspinall, plucked out of academia by British intelligence so that her mathematical knowledge might help in the hunt for atomic secrets, disappears under a new identity in Lisbon, where such secrets are easily bought and sold.
Karl Voss, already experienced in the illusions of intrigue when he arrives in Lisbon, is an attache at the German Legation, though he is secretly working against the Nazis to rescue Germany from annihilation.

After a night of terrible violence, Andrea creates a family for herself from Voss's memory and the clandestine world they knew. In Portugal, in England, and in the chilly world of Cold War Berlin, she discovers that the deepest secrets aren't held by governments-and that death is a relative term. In The Company of Strangers, Robert Wilson takes the chilling irony of "secret intelligence" to a new and more poignant human level, as he shows that the heart is both more knowing and more secretive than the mind.

Title: The Company of Strangers

The Company of Strangers