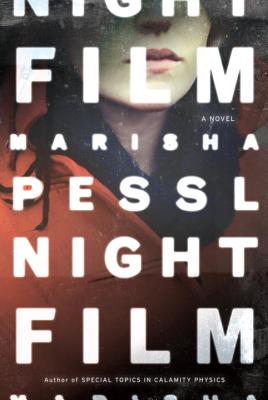 "NEW YORK TIMES"BESTSELLER
NAMED ONE OF THE BEST BOOKS OF THE YEAR BY
NPR "Cosmopolitan Kirkus Reviews BookPage"
A page-turning thriller for readers of Stephen King, Gillian Flynn, and Stieg Larsson, "Night Film "tells the haunting story of a journalist who becomes obsessed with the mysterious death of a troubled prodigy the daughter of an iconic, reclusive filmmaker.
On a damp October night, beautiful young Ashley Cordova is found dead in an abandoned warehouse in lower Manhattan. Though her death is ruled a suicide, veteran investigative journalist Scott McGrath suspects otherwise. As he probes the strange circumstances surrounding Ashley s life and death, McGrath comes face-to-face with the legacy of her father: the legendary, reclusive cult-horror-film director Stanislas Cordova a man who hasn t been seen in public for more than thirty years.
For McGrath, another death connected to this seemingly cursed family dynasty seems more than just a coincidence. Though much has been written about Cordova s dark and unsettling films, very little is known about the man himself.
Driven by revenge, curiosity, and a need for the truth, McGrath, with the aid of two strangers, is drawn deeper and deeper into Cordova s eerie, hypnotic world.
The last time he got close to exposing the director, McGrath lost his marriage and his career. This time he might lose even more.
"Night Film, " the gorgeously written, spellbinding new novel by the dazzlingly inventive Marisha Pessl, will hold you in suspense until you turn the final page.
Praise for "Night Film"
""
"Night Film" has been precision-engineered to be read at high velocity, and its energy would be the envy of any summer blockbuster. Your average writer of thrillers should lust for Pessl s deft touch with character. Joe Hill, "The New York Times Book Review"
""
Mysterious and even a little head-spinning, an amazing act of imagination. Dean Baquet, "The New York Times Book Review"
""
Maniacally clever . . . Cordova is a monomaniacal genius who creeps into the darkest crevices of the human psyche. . . . As a study of a great mythmaker, "Night Film" is an absorbing act of myth-making itself. . . . Dastardly fun . . . The plot feels like an M. C. Escher nightmare about Edgar Allan Poe. . . . You ll miss your subway stop, let dinner burn and start sleeping with the lights on. "The Washington Post"
""
Haunting . . . a suspenseful, sprawling page-turner. "USA Today"
Entrancing and delightful . . . a] whipsmart humdinger of a thriller . . . It feels, above all things, new. "The Boston Globe "
""
Gripping . . . a masterful puzzle . . . Pessl builds up real suspense. "Entertainment Weekly"
""
A very deeply imagined book . . . sprints to an ending that s equal parts nagging and haunting: What lingers, beyond all the page-turning, is a density of possible clues that leaves you leafing backward, scanning fictional blog comments and newspaper clippings, positive there s some secret detail that will snap everything into focus. "New York"
""
Hypnotic . . . The real and the imaginary, life and art, are dizzyingly distorted not only in a Cordova night film . . . but in Pessl s own "Night Film "as well. "Vanity Fair""