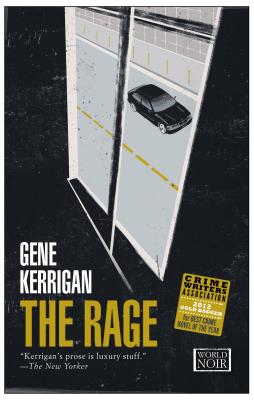 313pp. 8vo. Book has illustrated French wraps, is a Second Printing (First was in 2012). Book won the Crime Writers Association 2012 Gold Dagger for Best Crime Novel of the Year. And it is a humdinger. Dublin: Detective Sergeant Bob Tidey is trying to tie up some loose ends, before the bad guys get completely out of hand. Book is straight, tight, clean, unmarked, and would be a great gift for someone who doesn't mind some violence. Part of the World Noir line of Europa.

Vincent Naylor has just been released from prison and has already begun to plot his next heist--the robbery of an armored car. Detective Sergeant Bob Tidey has been caught perjuring himself to protect fellow officers. He's also found the link between an unsolved murder case and the recent execution of a corrupt banker in serious financial difficulty. An old acquaintance will change the course of the investigation. A retired nun living on regrets and bad memories notices something deeply suspicious and makes a phone call that sets in motion a series of fateful events.

In The Rage, Gene Kerrigan weaves together astute observations regarding a financial crisis, church abuse, and gangland crime. The writing is, as always with a Kerrigan novel, superb, with an engaging story that has pitch perfect dialogue and characters that come fully alive. The prize-winning crime fiction is set in contemporary Ireland where nothing is neatly resolved and there are no easy choices. Like life itself.