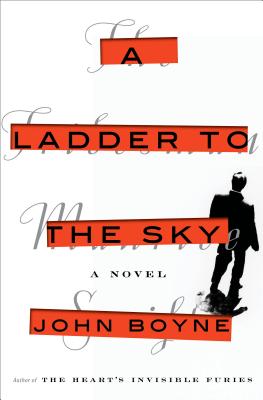 A Ladder to the Sky A Novel

[i-xiv], 367pp. 8vo (9.5" x 6.5" x 1.25"). Paper and cloth over boards, stamped spine. Author has signed on a tipped-in page. Book has a complete number line starting with 1, is unread, unmarked, unclipped (original price of $27.00 remains), bright, tight, and resides in a custom slipcase with title and author's name thereon. This is book #77 in the Powell's Books Indiespensable series; a 15-page interview booklet is included. Maurice Swift is the immoral protagonist. Author also wrote "The Boy in the Stripped Pajamas," "The Thief of Time," and "The Heart's Invisible Furies." Gift quality.

"An addictive Rubik's Cube of vice that keeps turning up new patterns of depravity... a satire of writerly ambition wrapped in a psychological thriller... A Ladder to the Sky is an homage to Patricia Highsmith, Oscar Wilde and Edgar Allan Poe, but its execution is entirely Boyne's own." -- Ron Charles, Washington Post

"Take Meg Wolitzer's novel The Wife...and cross it with Patricia Highsmith's classic Ripley stories, about a suave psychopath, and you've got something of the crooked charisma of John Boyne's new novel, A Ladder to the Sky." -- NPR Maurice Swift is handsome, charming, and hungry for fame. The one thing he doesn't have is talent - but he's not about to let a detail like that stand in his way. After all, a would-be writer can find stories anywhere. They don't need to be his own. Working as a waiter in a West Berlin hotel in 1988, Maurice engineers the perfect opportunity: a chance encounter with celebrated novelist Erich Ackermann. He quickly ingratiates himself with the powerful - but desperately lonely - older man, teasing out of Erich a terrible, long-held secret about his activities during the war. Perfect material for Maurice's first novel. Once Maurice has had a taste of literary fame, he knows he can stop at nothing in pursuit of that high. Moving from the Amalfi Coast, where he matches wits with Gore Vidal, to Manhattan and London, Maurice hones his talent for deceit and manipulation, preying on the talented and vulnerable in his cold-blooded climb to the top. But the higher he climbs, the further he has to fall... Sweeping across the late twentieth century, A Ladder to the Sky is a fascinating portrait of a relentlessly immoral man, a tour de force of storytelling, and the next great novel from an acclaimed literary virtuoso.

Title: A Ladder to the Sky A Novel

A Ladder to the Sky A Novel