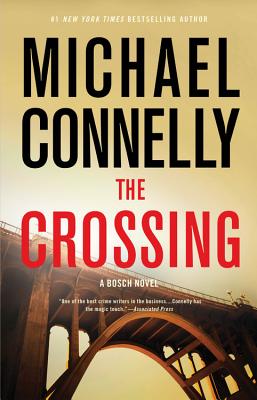 The Crossing A Bosch Novel

Harry Bosch crosses the line to team up with Lincoln Lawyer Mickey Haller in the new thriller from #1 New York Times bestselling author Michael Connelly.
Detective Harry Bosch has retired from the LAPD, but his half-brother, defense attorney Mickey Haller, needs his help. A woman has been brutally murdered in her bed and all evidence points to Haller's client, a former gang member turned family man. Though the murder rap seems ironclad, Mickey is sure it's a setup.
Bosch doesn't want anything to do with crossing the aisle to work for the defense. He feels it will undo all the good he's done in his thirty years as a homicide cop. But Mickey promises to let the chips fall where they may. If Harry proves that his client did it, under the rules of discovery, they are obliged to turn over the evidence to the prosecution.
Though it goes against all his instincts, Bosch reluctantly takes the case. The prosecution's file just has too many holes and he has to find out for himself: if Haller's client didn't do it, then who did? With the secret help of his former LAPD partner Lucy Soto, Harry starts digging. Soon his investigation leads him inside the police department, where he realizes that the killer he's been tracking has also been tracking him.
Thrilling, fast-paced, and impossible to put down, The Crossing shows without a shadow of doubt that Connelly is "a master of building suspense" (Wall Street Journal).

Title: The Crossing A Bosch Novel

The Crossing A Bosch Novel