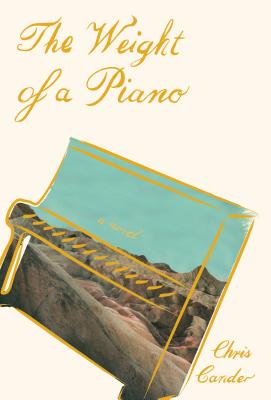 The Weight of a Piano A Novel

A tour-de-force about two women and the piano that inexorably ties their lives together through time and across continents, for better and for worse. In 1962, in the Soviet Union, eight-year-old Katya is bequeathed what will become the love of her life: a Bl thner piano, built at the turn of the century in Germany, on which she discovers everything that she herself can do with music and what music, in turn, does for her. Yet after marrying, she emigrates with her young family from Russia to America, at her husband's frantic insistence, and her piano is lost in the shuffle.
In 2012, in Bakersfield, California, twenty-six-year-old Clara Lundy loses another boyfriend and again has to find a new apartment, which is complicated by the gift her father had given her for her twelfth birthday, shortly before he and her mother died in a fire that burned their house down: a Bl thner upright she has never learned to play. Orphaned, she was raised by her aunt and uncle, who in his car-repair shop trained her to become a first-rate mechanic, much to the surprise of her subsequent customers. But this work, her true mainstay in a scattered life, is put on hold when her hand gets broken while the piano's being moved--and in sudden frustration she chooses to sell it. And what becomes crucial is who the most interested party turns out to be. . .

Title: The Weight of a Piano A Novel

The Weight of a Piano A Novel