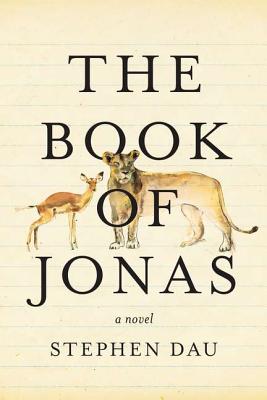 The Book of Jonas

258pp. 8vo. Signed on the title page by the author, book has a complete number line from 1-10 and is unread, clean, crisp, and tight. This is Powell Books Indiespensable Volume 32. The original price is intact. Book is housed in a custom-made black cloth on boards slipcase with yellow lettering. A Powells Indiespensable interview booklet with author Dau is included. Did not use a jacket protector because the book is too snug within its slipcase. Gifft quality.

An exceptional debut novel about a young Muslim war orphan whose family is killed in a military operation gone wrong, and the American soldier to whom his fate, and survival, is bound.

Jonas is fifteen when his family is killed during an errant U.S. military operation in an unnamed Muslim country. With the help of an international relief organization, he is sent to America, where he struggles to assimilate-foster family, school, a first love. Eventually, he tells a court-mandated counselor and therapist about a U.S. soldier, Christopher Henderson, responsible for saving his life on the tragic night in question. Christopher's mother, Rose, has dedicated her life to finding out what really happened to her son, who disappeared after the raid in which Jonas' village was destroyed. When Jonas meets Rose, a shocking and painful secret gradually surfaces from the past, and builds to a shattering conclusion that haunts long after the final page. Told in spare, evocative prose, "The Book of Jonas" is about memory, about the terrible choices made during war, and about what happens when foreign disaster appears at our own doorstep. It is a rare and virtuosic novel from an exciting new writer to watch.

Title: The Book of Jonas

The Book of Jonas