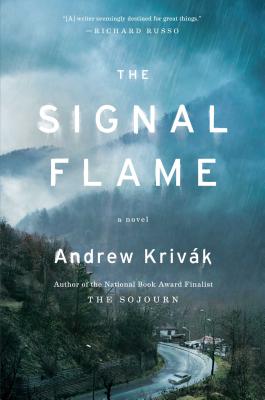 254pp. 8vo. Paper and cloth over boards. Author has signed his name only to the title page. Book has a complete number line starting with 1, is unread, unmarked, unclipped, tight, bright, and Brodart protected. Gift quality book.

The stunning second novel from National Book Award finalist Andrew Krivak--a heartbreaking, captivating story about a family awaiting the return of their youngest son from the Vietnam War.

In a small town in Pennsylvania's Endless Mountains Hannah and her son Bo mourn the loss of the family patriarch, Jozef Vinich. They were three generations under one roof. Three generations, but only one branch of a scraggy tree; they are a war-haunted family in a war-torn century. Having survived the trenches of World War I as an Austro-Hungarian conscript, Vinich journeyed to America and built a life for his family. His daughter married the Hungarian-born Bexhet Konar, who enlisted to fight with the Americans in the Second World War but brought disgrace on the family when he was imprisoned for desertion. He returned home to Pennsylvania a hollow man, only to be killed in a hunting accident on the family's land. Finally, in 1971, Hannah's prodigal younger son, Sam, was reported MIA in Vietnam. And so there is only Bo, a quiet man full of conviction, a proud work ethic, and a firstborn's sense of duty. He is left to grieve but also to hope for reunion, to create a new life, to embrace the land and work its soil through the seasons. The Signal Flame is a stirring novel about generations of men and women and the events that define them, brothers who take different paths, the old European values yielding to new world ways, and the convalescence of memory and war. Beginning shortly after Easter in 1972 and ending on Christmas Eve this ambitious novel beautifully evokes ordinary time, a period of living and working while waiting and watching and expecting. The Signal Flame is gorgeously written, honoring the cycles of earth and body, humming with blood and passion, and it confirms Andrew Krivak as a writer of extraordinary vision and power.