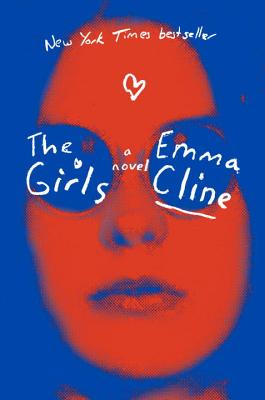 The Girls A Novel

355pp. 8vo. Blue paper and cloth over boards, gilt on spine. Signed by the author on the title page. A first novel. Stated First Edition, number line from 1-9, book is unread, tight, clean, unmarked, unclipped, and Brodart protected. Gift quality. Lena Dunham says "This book will break your heart and blow your mind."

THE INSTANT BESTSELLER - An indelible portrait of girls, the women they become, and that moment in life when everything can go horribly wrong

NAMED ONE OF THE BEST BOOKS OF THE YEAR BY
The Washington Post - NPR - The Guardian - Entertainment Weekly - San Francisco Chronicle - Financial Times - Esquire - Newsweek - Vogue - Glamour - People - The Huffington Post - Elle - Harper's Bazaar - Time Out - BookPage - Publishers Weekly - Slate Northern California, during the violent end of the 1960s. At the start of summer, a lonely and thoughtful teenager, Evie Boyd, sees a group of girls in the park, and is immediately caught by their freedom, their careless dress, their dangerous aura of abandon. Soon, Evie is in thrall to Suzanne, a mesmerizing older girl, and is drawn into the circle of a soon-to-be infamous cult and the man who is its charismatic leader. Hidden in the hills, their sprawling ranch is eerie and run down, but to Evie, it is exotic, thrilling, charged--a place where she feels desperate to be accepted. As she spends more time away from her mother and the rhythms of her daily life, and as her obsession with Suzanne intensifies, Evie does not realize she is coming closer and closer to unthinkable violence. Finalist for the Los Angeles Times Book Prize - Finalist for the National Book Critics Circle John Leonard Award - Shortlisted for The Center for Fiction First Novel Prize - The New York Times Book Review Editors' Choice - Emma Cline--One of Granta's Best of Young American Novelists Praise for The Girls "Spellbinding . . . a seductive and arresting coming-of-age story."--The New York Times Book Review "Extraordinary . . . Debut novels like this are rare, indeed."--The Washington Post "Hypnotic."--The Wall Street Journal "Gorgeous."--Los Angeles Times "Savage."--The Guardian "Astonishing."--The Boston Globe "Superbly written."--James Wood, The New Yorker "Intensely consuming."--Richard Ford "A spectacular achievement."--Lucy Atkins, The Times "Thrilling."--Jennifer Egan "Compelling and startling."--The Economist

Title: The Girls A Novel

The Girls A Novel