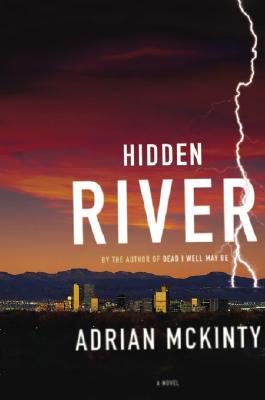 278pp. 8vo. Paper and cloth over boards, gilt on spine. Author has signed his name on a tipped-in page. Book has a complete number line from 1-10, is unread, unmarked, unclipped, tight, clean, and jacket-protected. Page edges have some age-toning to them. Spine ends slightly pushed. Author's novel follows "Dead I May Well Be."

The electrifying noir thriller from a major new talent, in which a young Irish ex-cop travels half a world away to investigate the murder of a beautiful girl he once loved, and whose peculiar sexual banter he will later have urgent reason to recall -- if he is to survive.

Hard on the heels of "Dead I Well May Be" -- which Booklist named "one of the top ten crime fiction debuts of the year," and which established Adrian McKinty as the perfect new find for fans of Dennis Lehane and Michael Connelly -- McKinty's tightly paced "Hidden River" displays his unerring gift for crafting powerhouse literary thrillers.

Alexander Lawson is a former detective for Northern Ireland's police force and a rising star at cracking difficult cases. After he is assigned to the force's dangerous, corruption-ridden drug squad, he becomes addicted to heroin -- under unusual circumstances. Forced to resign in disgrace, Alex is twenty-four and still entrapped by the needle when he learns that his high school love, beautiful Victoria Patawasti, has been murdered in drought-scorched Denver, Colorado.

Victoria's family begs Alex to investigate the case, and he seizes the opportunity to fly to America for a chance at redemption.

Soon the bodies begin to pile up, and Alex is forced to go on the run after the only credible lead to Victoria's murderer is accidentally killed. Wanted by both the Colorado cops and the British police, who believe he has information about a corruption scandal, and with the murderer closing in all the time, Alex will have to fight just to stay alive, never mind solving the terrifying case.

Critics have called Adrian McKinty's work "explosive," "violent yet virtuous," and "alwaysenthralling." "Hidden River" is a riveting novel of characters, including a sadistic English cop who puts out cigarettes on other people's eyebrows, a billionaire's son with political aspirations, and a sexy Ethiopian girl living illegally in a squat. All manner of sinners converge on Denver's notoriously seedy Colfax Avenue against the breathtaking backdrop of the Rocky Mountains.

Gritty, with spot-on dialogue and black humor, "Hidden River" is a dynamic thriller from a storyteller who writes "in prose that is a kind of poetry" "(The Washington Post)," and confirms his reputation as a dazzling literary voice in crime fiction.