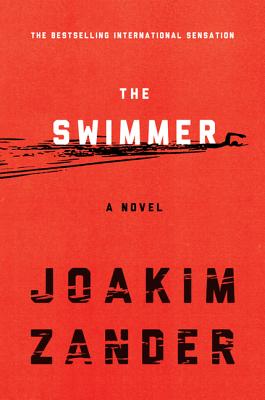 The Swimmer A Novel

417pp. 8vo. Paper over boards with gilt on spine. Author has signed his name only on title page. Author's debut fiction, first published in Sweden in 2013 as "Simmaren" and rights have been sold in 28 territories. A real page-turner about a man trying to save his daughter from an international conspiracy. Book is unread, unmarked, unclipped, clean, tight, and Brodart protected. Book has a complete number line from 1-10.

A deep-cover CIA agent races across Europe to save the daughter he never knew in this electrifying debut thriller--an international sensation billed as "Homeland meets Stieg Larsson" that heralds the arrival of a new master sure to follow in the footsteps of Stieg Larsson, John Le Carr , and Graham Greene.

In the end, you cannot hide who you are.

Klara Walld en was raised by her grandparents on a remote archipelago in the Baltic Sea, learning to fish and hunt and sail a boat through a storm. Now, as an EU Parliament aide in Brussels, she is learning how to navigate the treacherous currents of international politics: the lines between friend and enemy, truth and lies.

But Klara has accidentally seen something she shouldn't have: a laptop containing information so sensitive that someone will kill to keep hidden. Suddenly, she is thrown into a terrifying chase across Europe, with no idea who is hunting her or why.

Meanwhile, in Virginia, an old spy hides from his past. Once, he was a man of action, an operative so dedicated that he abandoned his infant daughter to keep his cover. Now, he is the only man who can save Klara . . . and she is the only woman who can allow him to lay old ghosts to rest.

Title: The Swimmer A Novel

The Swimmer A Novel