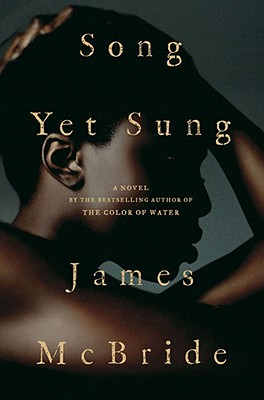 Song Yet Sung A Novel

Nowhere has the drama of American slavery played itself out with more tension than in the dripping swamps of Maryland's eastern shore, where abolitionists such as Frederick Douglass and Harriet Tubman, born less than thirty miles apart, faced off against nefarious slave traders in a catch-me-if-you-can game that fueled fear and brought economic hardship to both white and black families. Trapped in the middle were the watermen, a group of America's most original and colorful pioneers, poor oystermen who often found themselves caught between the needs of rich plantation owners and the roaring Chesapeake, which often claimed their lives.
The powerful web of relationships in a small Chesapeake Bay town collapses as two souls face off in a gripping page-turner. Liz Spocott, a young runaway who has odd dreams about the future of the colored race, mistakenly inspires a breakout from the prison attic of a notorious slave thief named Patty Cannon. As Cannon stokes revenge, Liz flees into the nefarious world of the underground railroad with its double meanings and unspoken clues to freedom known to the slaves of Dorchester County as "The Code." Denwood Long, a troubled slave catcher and eastern shore waterman, is coaxed out of retirement to break "The Code" and track down Liz.
Filled with rich history-much of the story is drawn from historical events-and told in McBride's signature lyrical storytelling style, Song Yet Sung brings into full view a world long misunderstood in American fiction: how slavery worked, and the haunting, moral choices that lived beneath the surface, pressing both whites and blacks to search for relief in a world where both seemed to lose their moral compass. This is a story of tragic triumph, violent decisions, and unexpected kindness.

Title: Song Yet Sung A Novel

Description: 359pp. 8vo. Paper over boards with cloth at spine with gilt. Author also wrote "The Color of Water" and "Miracle at St. Anna." Book has a complete number line from 1-10, is unread, tight, clean, unmarked, unclipped, and has a jacket protector.

Song Yet Sung A Novel