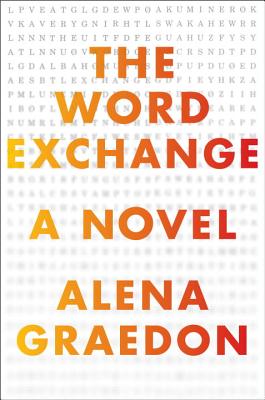 The Word Exchange A Novel

370pp. 8vo. Signed by the author on the title page with only her signature. Her debut novel with a complete number line starting with 1, a stated first edition, tight, unread, unmarked, unclipped, jacket is Brodart protected. A very slight push to spine heel, almost unnoticeable.

A dystopian novel for the digital age, "The Word Exchange "offers an inventive, suspenseful, and decidedly original vision of the dangers of technology and of the enduring powerof the printed word.

In the not-so-distant future, the forecasted death of print has become a reality.Bookstores, libraries, newspapers, and magazines arethings of the past, and we spend our time glued tohandheld devices called Memes that not only keepus in constant communication but also have becomeso intuitive that they hail us cabs before we leave ouroffices, order takeout at the first growl of a hungrystomach, and even create and sell language itself in a marketplace called the Word Exchange.
Anana Johnson works with her father, Doug, at the "North American Dictionary of the English Language (NADEL"), where Doug is hard at work on the last edition that will ever be printed. Doug is a staunchly anti-Meme, anti-tech intellectual who fondly remembers the days when people used email (everything now is text or videoconference) to communicate or even actually spoke to one another, for that matter. One evening, Doug disappears from the "NADEL" offices, leaving a single written clue: ALICE. It s a code word he devised to signal if he ever fell into harm s way. And thus begins Anana s journey down the proverbial rabbit hole . . .
Joined by Bart, her bookish "NADEL" colleague, Anana s search for Doug will take her into dark basements and subterranean passageways; the stacksand reading rooms of the Mercantile Library; andsecret meetings of the underground resistance, theDiachronic Society. As Anana penetrates the mystery of her father s disappearance and a pandemic of decaying language called word flu spreads, "TheWord Exchange "becomes a cautionary tale that is at once a technological thriller and a meditation onthe high cultural costs of digital technology."

Title: The Word Exchange A Novel

The Word Exchange A Novel