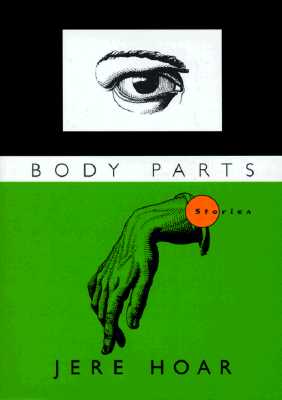 Compressing eleven such boisterous works between two covers produces a resounding impact. Described by one reader as a collection of "little disturbances," Body Parts brings together Jere Hoar's award-winning, phantasmagorical stories. Together and individually, they cause delight. All are set in the South. They are, in fact, stories that could have taken place nowhere else.

Consider the titles alone and you will know you are entering a world measured by a wicked eye and ear. In "Tell Me It Hasn't Come to This" a lonely woman spends her days waving to strangers who pass her house. Then one of them, a man with a purpose, raps on her door. In "The Incredible Little Louisiana Chicken Killer" a hungry little creature raids the hen house of a childless Louisiana couple. They capture it and take it into their home, only to discover that it is a man-devil. In a folk tale with an epic swagger - "The Snopes Who Saved Huckaby" - a distant kinsman of Faulkner's tribe is forced out of the ministry by sins of the flesh. He finds refuge in a girls' school, where abundant temptation causes him to horse-trade with God. Praise for the stories conveys their power and originality: "I could not put them down because of the pleasure of the lines," says the story writer Moira Crone. "I never knew what word or line I was going to be reading next." "This writer," Ernest Gaines says, "reminds me of Damon Runyon and Erskine Caldwell for his sundry of characters, and Caldwell for realism and earthy humor." Fred Chappel says, " '...Chicken Killer' makes me smile every time I think about it." Allan Gurganus found the heart of the Snopes story: "Here is a lie, a tale, a rumor, a cheap laugh and a hard lesson," he says. "In prose that can become at times as elegantly irreverent as the rootiest folktale of Marse Faulkner himself we find that least likely job description, a Snopes teaching at a girls' finishing school." At a loss to convey and explain his impact, Jere Hoar's readers have compared his storytelling with Marquez's, his darker characters with Flannery O'Connor's, and the vigor of his lines with Barry Hannah's. But Jere Hoar is an original himself. Thus it is probable in a later generation that some newcomer writer with a special gift for seeing dark humor in life and hearing music in language will be likened to Hoar. Count on it.

Jere Hoar is an emeritus professor of journalism at University of Mississippi and an attorney. His stories have been awarded the Pirate's Alley William Faulkner Prize (co-winner), the first prize in the Deep South Writers Conference Competition, and the Kansas Arts Council/KQ Award.