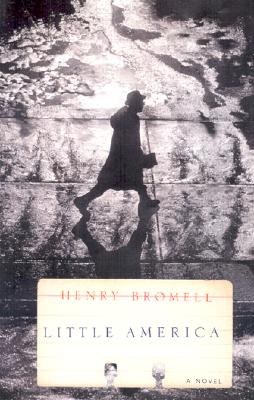 395pp. 8vo. Signed by author on the title page. A tight, unread, unmarked copy. Slight bump to book corner. A suspense novel, a political thriller, a novel of discovery. Author died in early 2013. Dust jacket is protected with a Brodart archival cover.

In this suspenseful and atmospheric spy novel in the tradition of Graham Greene and John le Carre, Henry Bromell unfolds a labyrinthine tale of intrigue and moral ambiguity.

In 1958, at the height of the Cold War, CIA agent Mack Hooper arrived in the tiny Middle-Eastern kingdom of Kurash with a mission to befriend and protect its inexperienced young ruler. Now, forty years later, the country no longer exists and Mack's son Terry is trying to piece together his father's story. Was he a friend to the young king, or a diplomat-seducer sent to betray him? In the process Terry hopes to uncover what happened to the lost kingdom. Moving deftly between the feudal world of Kurash and the martini-washed enclaves of the American spies, Little America is a riveting and unexpectedly moving tale of honor and betrayal and a brilliant evocation of espionage in the darkest days of the Cold War.